RIAA Gives Up On Internet Piracy Lawsuits, Nobody Cares 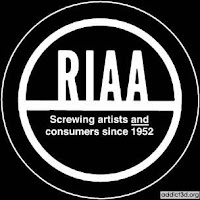 The Recording Industry Association of America has announced that it will be giving up on its controversial strategy to deter internet piracy by suing individual downloaders (some 35,000 of them, including adolescents, single mothers, and dead people) in favor of some other Big Brother type action involving internet service providers.

The move was prompted, according to a RIAA spokesperson, by technological advances which will allow the RIAA to report illegal file sharing to ISPs, who will then presumably do something terrible to the downloader.
Whatever. These record companies need to get on board with the fact that their days of unfettered control over the industry came to an end with the general population's access to broadband internet. I would like to have been in the room when the whole lawsuit strategy was first concocted:
old guy 1: We must do something about this interweb downloading thing.
old guy 2: Just sue them. That's what we've always done in the past. How many of these pirates can there be?
old guy 1: This digital music thing is just a fad. If we use a heavy hand these saps will be back in our pockets buying easily damaged and horribly unwieldy compact disks in no time.
old guy 2: Call the lawyers.
So after more than five years of this strategy, which the RIAA refuses to admit as a failure since, according to their numbers, piracy would have been much worse without the lawsuits, we are back to record companies haggling with ISPs over the best way to stem the tide of 'illegal' file sharing. Fantastic. Until these record companies face up to the fact that there will always be piracy on the internet and adjust their business strategies accordingly, they are simply wasting time and money on futile attempts at enforcement of laws that are in a perpetual grey area.
Newrosis does not advocate stealing, nor do we advocate litigation as a means to keep people from stealing. We are Switzerland. We love pirates and record executives equally. Yarrr. Pirates.
gizmodo via wsj
Posted by Unknown at 12:22 PM No comments: 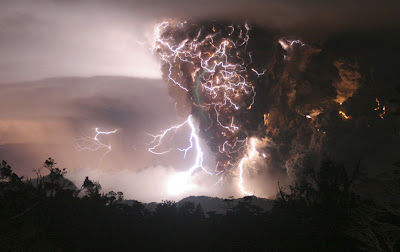 This is the most insane picture I have ever seen. It looks like some fire monster is emerging from a volcano while hurling lightning bolts at a UFO. From the caption at The Globe's website:
"Lightning bolts appear above and around the Chaiten volcano as seen from Chana, some 30 kms (19 miles) north of the volcano, as it began its first eruption in thousands of years, in southern Chile May 2, 2008. Cases of electrical storms breaking out directly above erupting volcanoes are well documented, although scientists differ on what causes them. Picture taken May 2, 2008."

photo credit: REUTERS/Carlos Gutierrez
hypebeast via boston globe
Posted by Unknown at 11:12 AM No comments:

Person of the Year Barack Obama 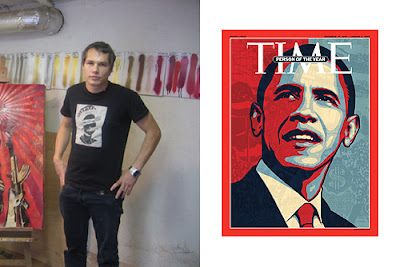 Was there ever any doubt? Time Magazine will release their Person of the Year issue on December 29th, and the cover will be the iconic and oft-imitated graphic you see above. The print was designed by Shepard Fairey, who is also pictured above and is not a print of Barack Obama. Fairey is also responsible for the Andre the Giant logo used by the Obey streetwear/propaganda line.
Why is it that whenever the word 'responsible' is used to describe someone's contribution to something outside of a job interview, it feels like it has a negative connotation? Something to muse on...
pic via hypebeast
Posted by Unknown at 4:13 PM No comments: 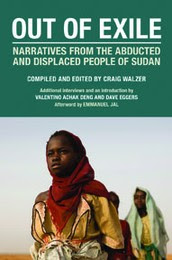 The Sudanese Civil War and the Darfur conflict have been responsible for the deaths of over 2 million Sudanese civilians and have strewn millions upon millions more across the face of the earth. Many refugees seek asylum through Cairo, Egypt, where there is a shadow world of human suffering, greed, and death.
Out of Exile is a series of interviews with refugees and former captives who escaped the Sudan. Some were accepted as asylum seekers in places like the United States, Australia, and Brazil, while others have been trapped as stateless refugees in places like Cairo. Others are classified as 'internally displaced' persons, and are living in massive refugee camps within the Sudan and neighboring countries.
While certainly everyone at this point knows, at a minimum, that there is a place called Darfur and in that place people are suffering and dying, books like Out of Exile contextualize and bring home the horror of the situation in ways that CNN (beloved though they may be) could never accomplish.
The interviews were edited and compiled by Craig Walzer, and you can buy the book at McSweeney's for $12. John Freeman has written an excellent review for the San Francisco Chronicle.
Posted by Unknown at 3:32 PM No comments: 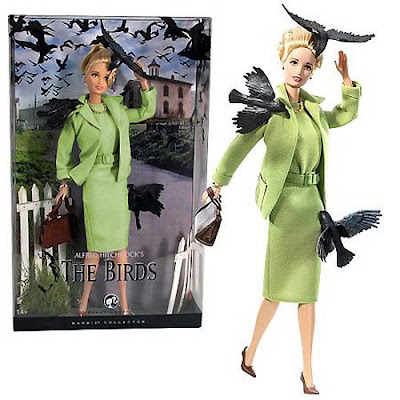 Just in time for Christmas, Mattel has licensed this adorable, retro-attired Barbie for sale. The release coincides with the 45th anniversary of the child-friendly tale of people being mercilessly attacked by flocks of birds. I deem the Master of Horror would be pleased. Nightmares and an irrational fear of birds are not guaranteed, but should be expected. Creepy plastic birds included.
$40 here

via designboom
Posted by Unknown at 2:42 PM No comments: 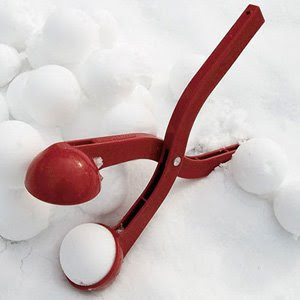 Ground warfare is won or lost based on the ability of the troops to resupply (I just made that up but it sounds good, no?). With that in mind, Restoration Hardware gives us the Sno-Baller, which makes cookies. Round cookies made of snow. Anyway... a nice last minute, cheap gift idea for the children of your friends or relations that you don't see very often.
$19 here

via CH
Posted by Unknown at 2:07 PM No comments:

For the bored-at-work set, you can print and assemble your own paper dolls via cubeecraft.com. Then you can play with them, and people will be like, "Hey, there's that guy/girl who plays with dolls." Then people will know who you are, and that promotion can't be far behind, can it? Genius, cubeecraft...genius. 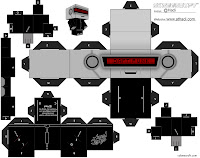 Posted by Unknown at 2:04 PM No comments:

The International System Of TYpographic Picture Education (Isotype) was a visual language system developed in the 1930s by Austrian scientist Otto Neurath in an effort to standardize and contextualize images for use by the (largely) illiterate proletariat. The designer of this language was German-born Gerd Arntz, who used basic shapes with small variations to produce visual models that are meant to convey meaning despite barriers of language and culture.

The prints were carved into linoleum stamps created by Arntz. While there are some 4,000 Isotype symbols, you can check out about 600 of them at the Gerd Arntz web archive. Some of the designs are quaint relics of a different time, but others are still poignant and surprisingly vivid and imaginative. 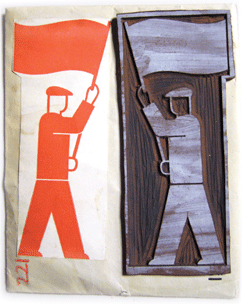 images from Gerd Arntz Web Archive.
via designboom
Posted by Unknown at 9:27 AM No comments:

Have you ever fantasized about shooting someone in the neck with a poisoned dart, then sneaking up behind them and cutting their throat with a 3.5" blade? If you have, you should never tell anyone because it will make people uncomfortable and/or afraid.
This bizarre ninja assasination kit comes with the knife, 2 pieces of rubber tubing which assemble into your blow gun, and 3 darts. No poison, but a fancy pouch for easy concealment, which you will need because there is nothing that you can do with this that won't involve scaring someone badly enough to call the police.
$14.94 at Swords, Knives, and Daggers.
via gizmodo
Posted by Unknown at 6:48 PM No comments: