World's Sexiest Skyscraper to be Built in Bangkok 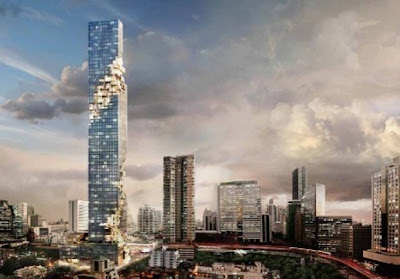 Pixelated imperfection in the middle of this 77-story, 1,012 foot skyscraper in Bangkok makes me lusty. Scheduled for completion in 2012, you will find me lurking on one of the gorgeous patios, most likely between the 50th and 60th floors, wherever the best sun/shade is to be found. 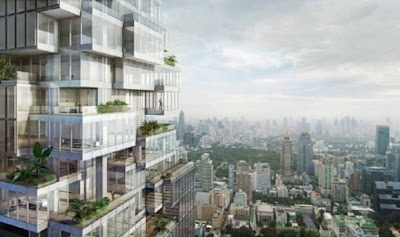 via boingboing
Posted by Unknown at 5:49 PM No comments: 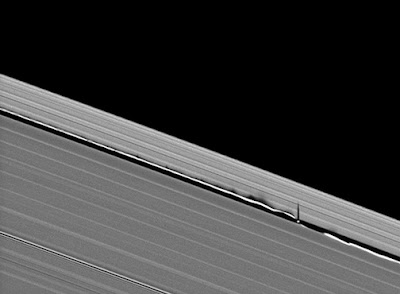 These are pics of Daphnis, a moon of Saturn which orbits between a gap in the gas giant's (heh heh) "A" ring (heh heh heh). The tiny moon's gravity (Daphnis = 8 km in diameter) caused this jiggle in the "A" ring (ha ha) which was captured by the orbiting Cassini probe (do I get a juvenile giggle for probe?).

Scientists have no way of knowing whether I'll make any further attempts at humor today, but rest assured they're working around the clock to prevent another disaster like this post. 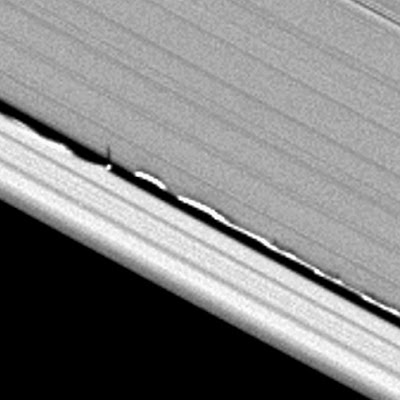 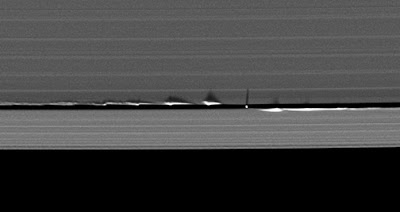 Images from NASA via i09
Posted by Unknown at 3:51 PM No comments: 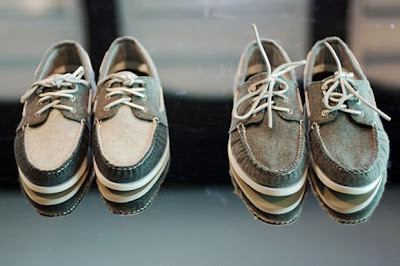 So since 90% of the hits I've gotten this spring/summer are related to my post about Sperry x Band of Outsiders' deconstructed boat shoe, I feel obligated to post about the Fall/Winter collection. I dunno, they're not that great, but whatever, I've got nothing else going on except a scratched cornea and caffeine withdrawals. What's happening with you? Good summer? Hanging out by the pool? Chasing the muff around? BREAK DOWN.
Plagiarism is a form of flattery.
Shoes available now at Surrender, which is in Singapore, so good luck with all that.
via hypebeast
Posted by Unknown at 1:16 PM No comments: