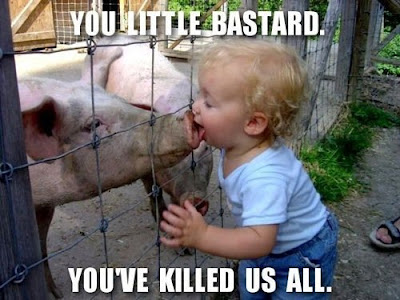 ITS A GLOBAL HAMDEMIC. PREPARE FOR FARMAGEDDON. 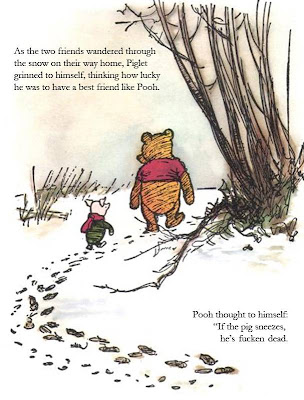 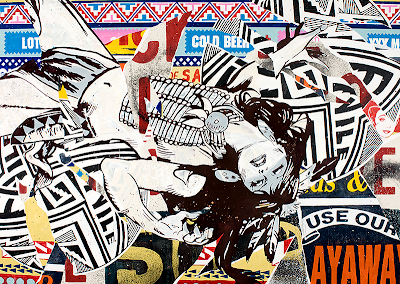 Faile is a Brooklyn-based design collective founded by Patrick McNeil, Patrick Miller, and Aiko Nakagawa . They've been plastering the streets of U.S. and European cities with their silkscreened work for the better part of a decade, and I really like their stylistic choices and composition.

The group works with a variety of platforms for their art, including canvas, outdoor image transfers, and plywood. The comic book style of illustration is what I gravitated towards as a youngster, and I enjoy its pervasive use in Faile's work. Check out the online store at their website for prints and whatnot. 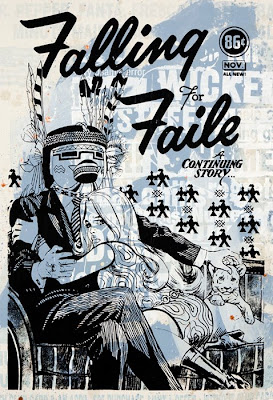 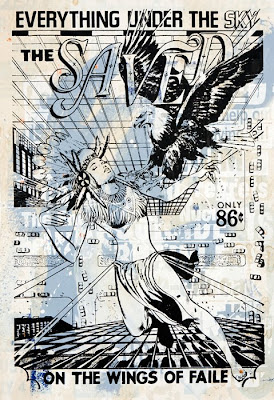 via CH
Posted by Unknown at 6:43 PM No comments: 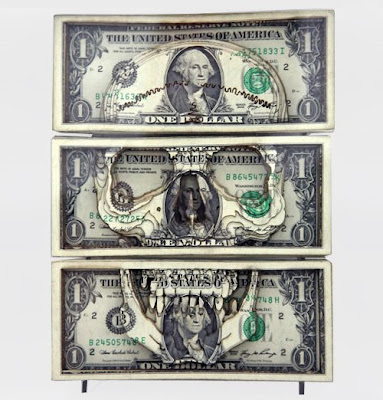 I hate that expression, but Miami tattoo artist Scott Campbell's recent installation at OHWOW is incredible nonetheless.  These laser-cut stacks of $1 bills are amazing. 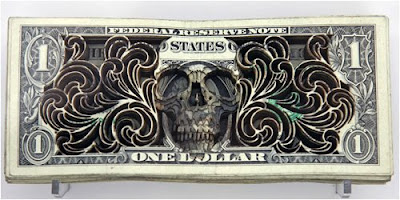 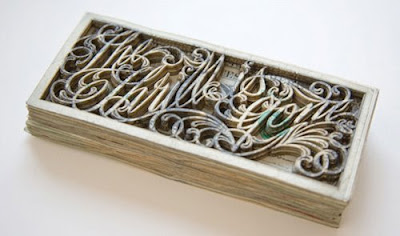 via designboom
Posted by Unknown at 1:13 PM No comments: 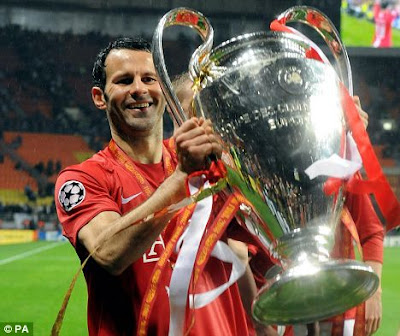 Since the early '90's, I've been a rabid football fan (soccer, not throwball). Since that time, I have gravitated towards one team: Manchester United, because of one player: Ryan Giggs. Yesterday, Giggs, who is 34, was named the Professional Footballers' Association Player of the Year. The PFA award is voted on by the players, and while Giggs has not been a frequent starter in the Man U team this season, he is still a key component who exudes confidence, leadership, and generally makes those around him better, and the 'gong,' as it is known, is seen as a reward for that.

Over the course of his club career, played entirely with Manchester United, Giggs has been a part of 10 Premier League championships, 4 FA Cup wins, 3 League Cups, and two famous UEFA Champions' League victories. He holds club records for appearances and trophies won, and could reach the lofty heights of 800 games played tomorrow as the famous Man United face off against bitter rivals Arsenal in the Champions' League semifinals (1:30 PM central on ESPN2). 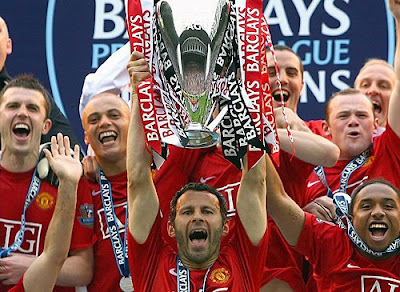 So to recap, this ultimate team player has won more trophies, made more appearances, and has spent his entire career with the same club, the greatest club in the world, the famous Man United. Congrats on the award!
Posted by Unknown at 11:45 AM No comments: