Wow. Two out of the three parts of Dustin Farrell's photo/video/whatever project titled Landscapes. Made with a Canon 5D2 DSLR, "every clip is a RAW image sequence (5616 x 3744) that I rendered out as a 1080P 23.976fps Quick Time movie. The motion control is achieved using servo motors," according to the artist.

The shots were mostly taken in Goblin Valley State Park in Arizona. You'll probably notice some other prominent natural monuments in the two sequences as well though.

via highsnobiety
Posted by Unknown at 3:42 PM No comments:

I'm a greedy, limelight hogging bastard and I dislike giving anyone else's blog credit for being sweet, especially in its own post, but I really have to give it up to Star Wars Remix, which features DIY creations based on themes or characters from the movies. A few samples from the site follow. 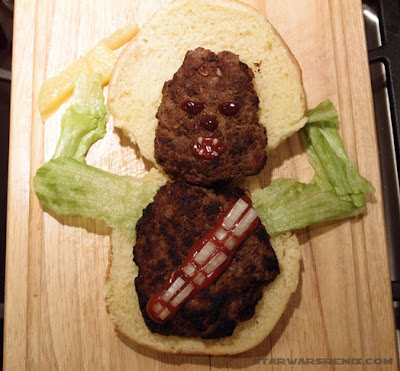 The Chewburger, by Charlton Yu of Everything Burger 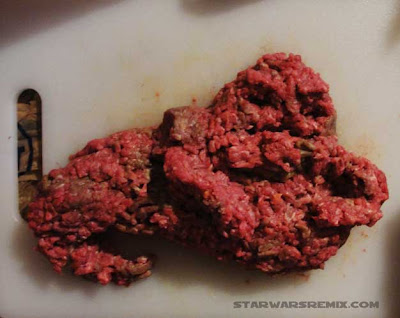 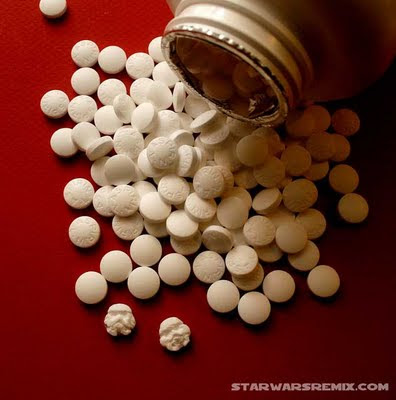 Noah Scalin's Aspirin Troopers
This kind of free expression and adaptation of the Star Wars universe is a key element of keeping the franchise a part of the social fabric of my generation. It becomes more and more necessary with each passing year largely because George Lucas, who is jealously milking his greatest achievement for every last penny it can produce by churning out an ever more astonishing array of absolute crap, is slowly pushing away the core fans of the franchise, which is really quite sad.

There are, of course, things that have been extremely well done in the past, and even more to come in the near future, but the disappointment of the three prequel films ans subsequent glut of unimaginative and poorly conceived content still festers like a credit-sized canker in the palette of most long-time fans.

Anyway, my nerdraging aside, I look forward to seeing if SWR can keep up the content output in the years to come. Mostly because I've kind of failed to do so and seeing them spiral slowly into nothingness would bring me secret joy. Cheers!
Posted by Unknown at 12:39 PM No comments: