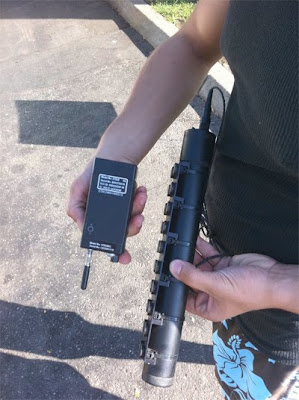 The above image is an Orion Guardian ST820 tracking device made by an electronics company called Cobham, which sells the device only to law enforcement. The law enforcement agency to which this particular ST820 belongs is the FBI. The man holding it is not with the FBI. He is 20-year old Yasir Afifi of Santa Clara, California.

Yasir is a business student at Mission College and was born in the United States, and the details of why exactly he is being tracked by the FBI are sadly unsurprising: his father was active in the Islamic community in the Bay Area before his return to Egypt, and he's not white. Even more sadly unsurprising is the behavior of the FBI agents who came to reclaim the device after faulty installation allowed Yasir to discover it at a mechanic's shop about a week ago. From wired.com:

He [Afifi] was in his apartment Tuesday afternoon when a roommate told him “two sneaky-looking people” were near his car. Afifi, already heading out for an appointment, encountered a man and woman looking his vehicle outside. The man asked if Afifi knew his registration tag was expired. When Afifi asked if it bothered him, the man just smiled. Afifi got into his car and headed for the parking lot exit when two SUVs pulled up with flashing lights carrying four police officers in bullet-proof vests.

The agent who initially spoke with Afifi identified himself then as Vincent and told Afifi, “We’re here to recover the device you found on your vehicle. It’s federal property. It’s an expensive piece, and we need it right now.”

Afifi asked, “Are you the guys that put it there?” and the agent replied, “Yeah, I put it there.” He told Afifi, “We’re going to make this much more difficult for you if you don’t cooperate.”
...

The female agent, who handed Afifi a card, identified herself as Jennifer Kanaan and said she was Lebanese. She spoke some Arabic to Afifi and through the course of her comments indicated she knew what restaurants he and his girlfriend frequented. She also congratulated him on his new job. Afifi got laid off from his job a couple of days ago, but on the same day was hired as an international sales manager of laptops and computers for Cal Micro in San Jose.

The agents also knew he was planning a short business trip to Dubai in a few weeks.

I'm not really a tinfoil hat kind of guy, but this is clearly an insane level of surveillance for a college kid who just happens to travel to the UAE from time to time for business.

The article above references a 9th Circuit Court ruling which allows federal agents to attach tracking devices such as these to the vehicles of private citizens without a warrant. The implications of this type of surveillance are terrifying, and seem to pave the way for personal monitoring at some point in the future. American freedom has become a farce.

I encourage you to read the rest of the article at wired.com, and the 9th Circuit opinion in US v. Pineda-Moreno here.
Posted by Unknown at 1:35 AM 1 comment: 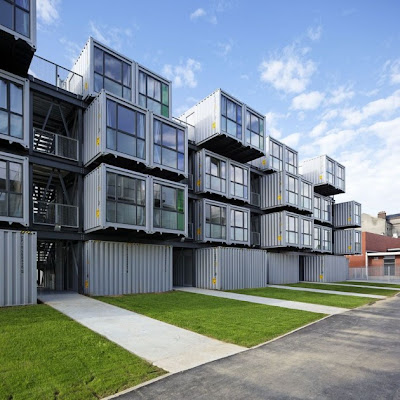 Great aesthetic appeal in these repurposed cargo containers near the docks in Le Havre, France. The apartments look as though they're cargo ready to be loaded on a freighter. Quite a brilliant bit of luck to find such a fitting location.

I've seen a similar structure (PLATOON Kunsthalle Seoul) up close, and aside from the obvious 'green' appeal such buildings may have, they are also quite beautiful if you're a fan of contemporary architecture. 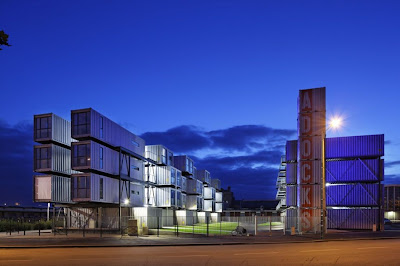 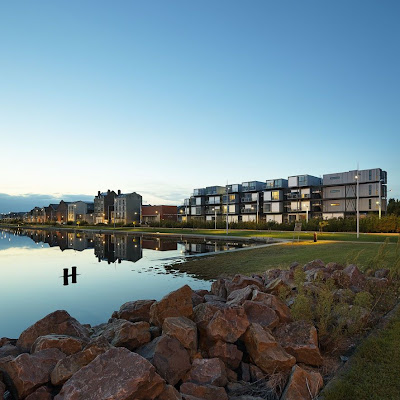 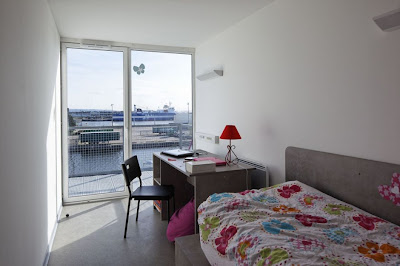 via contemporist
Posted by Unknown at 3:06 AM No comments: