I love it when my science fiction obsession is completely dwarfed by the behavior of a group of individuals meeting at a convention center dressed to the nines in the most outlandish garb ever seen in public.

Dragon*Con, held this year in Atlanta, has provided me with some fairly credible evidence that I am not the biggest Star Wars nerd on the face of the planet. Half of me is relieved, the other half disappointed. Will I always be torn in two, cruel world? 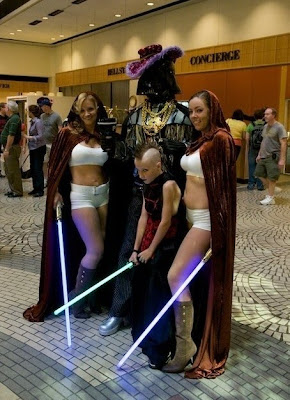 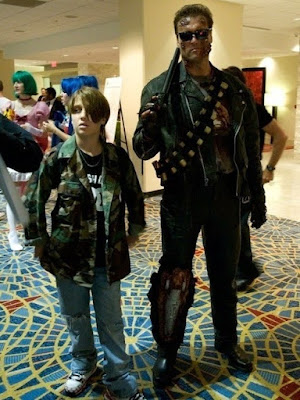 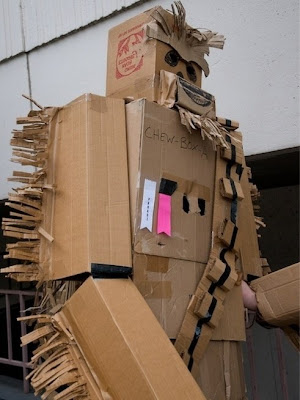 Kid Cudi: Man on the Moon: The End Of Day 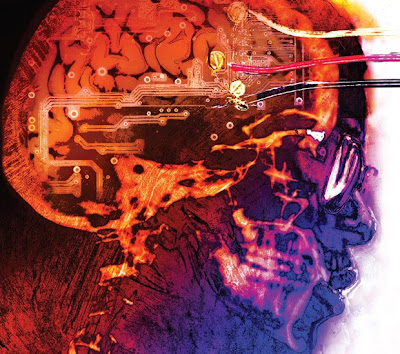 Tracks produced by Ratatat, guest spots by Kanye, Common, and MGMT, and just big ballsy rhymes. This is, in my opinion, superior to Blueprint 3.

Check out the track below, worth your time.
Kid Cudi - Pursuit of Happiness Feat MGMT & Ratatat by ataricoolkids
Posted by Unknown at 5:15 PM No comments: 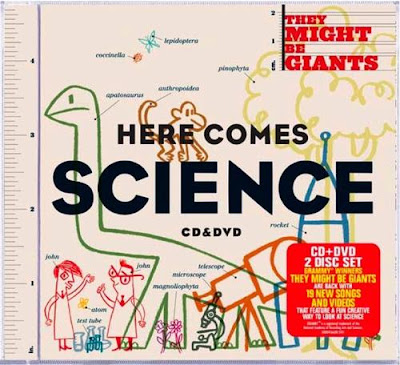 I don't have kids, but if I did, I would buy them this CD from a band that has long been making fantastic music for kids of all ages. It isn't everyone's cup of joe, but I am a huge fan and I expect them to do great things with their new focus on the type of kids who have moved from the ABCs and 123s to the CO2s and RGBUVs (two previous TMBG albums were aimed at the littlest of listeners).

Here Comes Science contains a broad, inclusive and thought-provoking tour through science in all its facets. Songs like "Science is Real" (which explains how scientific beliefs are different from beliefs in unicorns and other beliefs formed without rigorous testing) and "Put It To the Test" (possibly the best kids' song ever written about falsifiablity in hypothesis formation) cover the basics, the big Philosophy of Science questions.

Then there's songs for all the major disciplines: "Meet the Elements," "I am a Paleontologist" (also delving into the joys of a science career), "My Brother the Ape," "How Many Planets," and the diptych formed by "Why Does the Sun Shine?" (stars considered as superheated gas) and "Why Does the Sun Really Shine?" (stars considered as superheated plasma) -- these last two are a brilliant look into how different paradigms have different practical and theoretical uses. "Photosynthesis," "Cells" "Speed and Velocity" -- you get the picture.

Finally, there's some jaunty little numbers about technology: "Computer Assisted Design," and "Electric Car" and one genuinely silly and delightful track, "The Ballad of Davy Crockett (In Outer Space)." (I haven't enjoyed an "in outer space" reworking of a beloved classic so much since "Josie and the Pussycats In Outer Space").

You can find Here Comes Science at Amazon for around $15.
Posted by Unknown at 1:22 PM No comments: 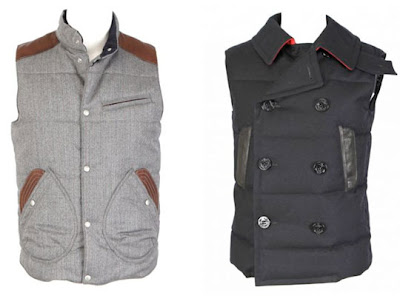 I think I've previously posted about Junya Watanabe somewhere.... no, no I haven't... but anyway, I like how his designs put what I would call "old school" elements such as the military-style collar and pea coatish button front on the blue vest. Very well done, though truthfully I think that collar might look abominable on most people who live in 2009. 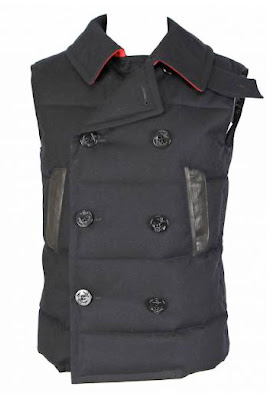 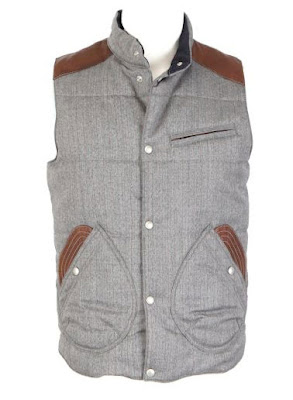 via highsnobiety
Posted by Unknown at 11:35 AM No comments: