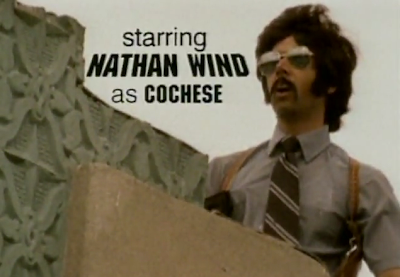 A titan of rap music and a member of one of the most influential bands of the last 30 years, Beastie Boy MCA, Adam Yauch, has died from cancer at age 47.  It's a sad day for music fans my age, who heard their older brothers and sisters bump Licensed to Ill in '86 and got the full flavor of the Beasties' blend of musical fusion, with funk, hip hop, punk, and rock, on the massive Ill Communication album, released in 1994.

In addition to music, I remember Yauch for his dedication to worthy causes.  Specifically, his organization of and participation in the Free Tibet movement and concert in the late 1990s.

Personally, the first arena rock show that I went to was the Ill Communication tour in 1995, when my friends and I crashed the floor to the Beasties belting out No Sleep til Brooklyn.  To this day, I can still recite every single lyric to Get It Together.  That show and that album were a huge part of my musical education, and are part of a time and memories that I'll keep with me forever.

My thoughts are with the Yauch and greater Beastie Boys families, what a huge loss for everyone.
Posted by Unknown at 12:46 PM No comments:

In Theaters This Weekend...

A Little Bit of Heaven, starring Kate Hudson and Gael Garcia Bernal, is a romantic romp th-- NO.  COME ON.

This weekend's big opening is none other than Marvel Comics' The Avengers.  Starring Robert Downey Jr., Chris Hemsworth, Scarlett Johansson, Mark Ruffalo, Samuel L. Jackson, and the guy from that Eminem video like ten years ago, this is the first BIG summer movie for me.

I'll admit that when it comes to the comics, I'm an X-Men guy.  The Avengers were always so vanilla and mamby-pamby, with Captain America and Thor being two heroes who bore the brunt of my nerd rage, but as a sci-fi/fantasy aficionado, I have to say that this movie gets it going for me.  The Dark Knight is the number one superhero movie of all time for me, but I'd be lying if I said this wasn't one I'm really hoping lives up to the hype.

For novices, here's a summary of the heroes, villains, and their powers:


The plot will go something like this: disaffected superheroes brought together by S.H.I.E.L.D. supremo Fury learn to accept each other and work as a team in the face of total annihilation by Loki and his mystical forces.  The action will culminate in a final battle with only one inevitable outcome.

A NON-STOP THRILL RIDE THAT WILL LEAVE YOU GASPING FOR AIR.  Rated PG-13.
Posted by Unknown at 10:30 AM No comments: