So Liz Hickock, a sculptor based in San Francisco, makes stuff out of Jell-O. And by stuff, I don't mean Jell-O shots or upside-down cake pan Jell-O. I mean the city of San Francisco itself. Says the artist:

"I create glowing, jellied scale models of urban sites, transforming ordinary physical surroundings into something unexpected and ephemeral. Lit from below, the molded shapes of the city blur into a jewel-like mosaic of luminous color and volume. The gelatinous material also evokes uncanny parallels with the geological uncertainties of San Francisco’s landscape. While the translucent beauty of the compositions first seduces the viewer, their fragility quickly becomes a metaphor for the transitory nature of human artifacts." 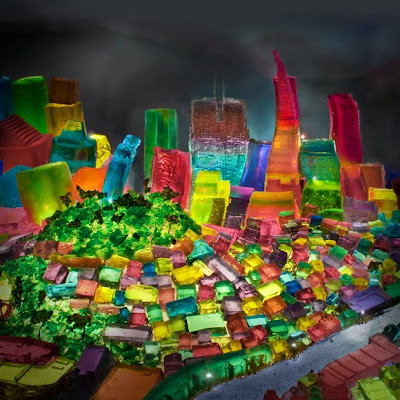 Jell-O. She made a city out of Jell-O. Now say what you will about the premise, but as you can see from the pictures and video, the execution was undeniably brilliant. Which, really, is where I go wrong in my artistic endeavors...yeah. See I always have great ideas, such as my critically panned "Man in the Mashed Potato Moon," but the execution... 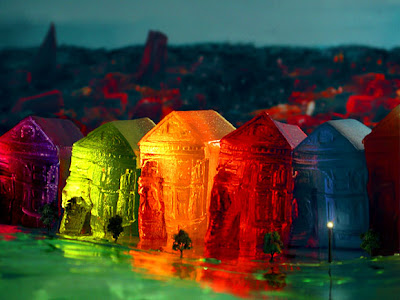 Thanks to KDM. All images are property of Liz Hickock and were obtained via lizhickock.com

Posted by Unknown at 2:11 PM No comments:

So after the bonanza of content I was able to scrounge up last week, this week has been quite slow. So for you loyal readers and my mom, I will tell you a brief story about me being an idiot.
Yesterday, I met with a new boss for a new project involving new logic computations for a new system for whatever. They required my services to provide the system with feedback on whether its logic was good or bad in a given circumstance. Of course, my initial impulse was to confuse the system with conflicting responses until it exploded, but that's another story. 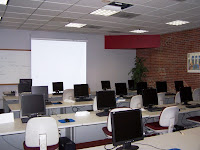 After an initial meeting with the supervisor, there was a period of semi-useful training followed by a couple hours of mind-numbing tedium. As I was not necessarily working on all aspects of this project, I excused myself early from the meeting.
At my office, Tuesday and Thursday are 'free fruit days' in the cafeteria. Yesterday happened to be free banana day. When I first started at this gig, my team would take this free fruit, draw funny faces on it, and put it on the desks of people who didn't show up to work. I realize that doesn't sound particularly funny as I describe it, but in the context of breaking up monotony, hopefully it doesn't seem that strange. 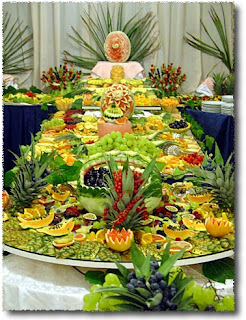 So we now have two converging parts of the story: free banana Thursday and Ryan leaving training early. I strolled through the cafeteria and grabbed one for fun. Back at my cubbycle, I began to devise a work of art on yellow canvas. I began slowly, tenderly, and then with rising passion and a sense of clarity I quickened my penstrokes. I could hear the booming crescendo of whatever was playing on my iPod and then...
...My boss tapped me on the shoulder. Seems she had some last instructions for me.
"Uh, Hi... Ryan?"
I am trying to come up with something more bizarre that I have been interrupted doing, but I've got nothing. I don't even remember what she said for the most part, just the last few lines of the conversation:
Boss: "...so you won't start getting the data until Monday."
Ryan: "Oh... well that's okay I've got plenty of work and...and bananas to keep me busy!" (forced, nervous laugh)
Boss: (smiling uncomfortably) "Good."
As she walked away all I could think was ,'GREAT. I am now the weirdo who sits by the interns and draws on bananas.' After a few frantic instant messages and some sweating, I calmed myself enough to complete my masterpiece: The Shark Banana.
THIS Shark Banana 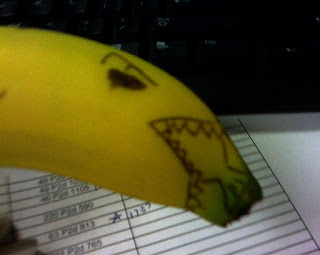 Parties interested in commissioning a shark banana of their own may contact me here at Newrosis or in person at my studio in the Basque region of Bizkaia during the summer months.
P.S. The client who commissioned this piece was extremely happy with my work.
Posted by Unknown at 11:08 AM No comments: 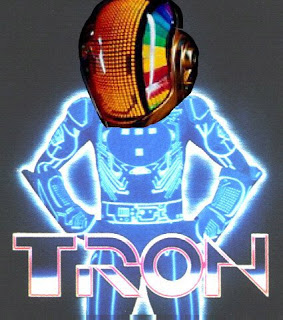 OMFG my head just exploded. Billboard has confirmed that Daft Punk will score the remake of TRON, called TR2N, which is stupid, but whatever. If you don't know what TRON is, go here. If you don't want to go there, I will simply tell you that it is a movie set inside of an evil computer and there are dayglo hockey helmets.

If you don't know who Daft Punk are...well, this post clearly isn't for you.

Posted by Unknown at 6:33 PM No comments: I used to ski all the time. I hiked up ridges and fell down chutes and clawed my way out of tree wells. I had what were probably first generation parabolic skis. These are not pictures of my skis. These are pictures of skis which were designed and built (yep, there are some working prototypes out there) by Charlie Pyott.
The theory, one must assume, is that the more edges you have in contact with the snow, the more maneuverability and control you will have. The skis themselves look as if they are a couple of x-country skis with a hinge holding them together and a third floating element that sits on top of the actual skis and houses the bindings. No data is available on the actual ride, presumably because they have yet to be ridden or are, in fact, very dangerous. 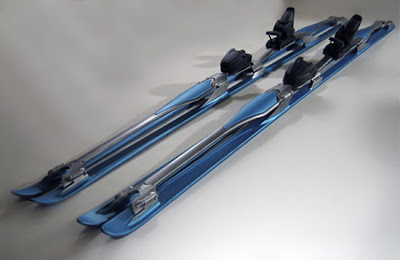 I am seeing some things right off the bat that would scare the crap out of me if I were not on nice well-groomed runs. First and foremost, I want to know what happens if that front hinge gives out. Will the ski just disintegrate? Can you ditch half your ski? But what would the binding then attach to? Blah...prototype is right. 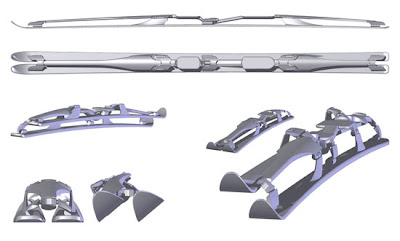 via dvice
Posted by Unknown at 12:37 PM No comments: 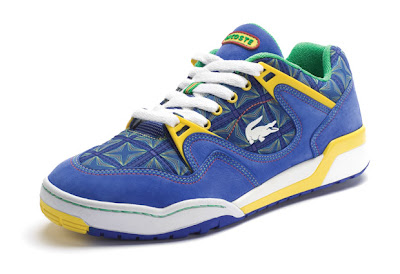 I love all of these releases from Lacoste. The kicks are, apparently, an homage to the varying myths and legends surrounding... crocodiles:
“Crocodiles are featured in many myths and legends around the world with diverse stories ranging from Ancient Egypt where the powerful half man, half crocodile Sobek came out of the sea to create the world. To the Albino Crocodile in South Africa which inhabits the sacred Lake Venda. In Melanesia the Kawai people of Papua New Guinea believe that they are descendants of Nuga, a half man, half crocodile creature created long ago from a piece of wood and in New York we explore the reported sightings of sewer crocodiles around the city.”
Yeah. Well anyway these shoes are the pwn, but once again, I will be SOL according to Hypebeast because *deep breath* I live in bumblefuck and the shoes "will only be available from an exclusive selection of stores globally." Blerg. 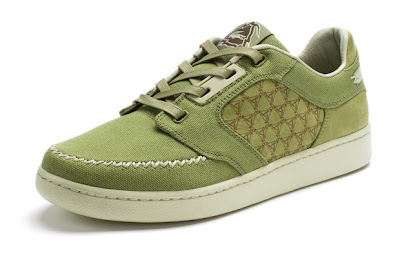 Well if you live near one of these stores, the three styles pictured on this page will be released at the rate of one per month from April through June. I suppose I could have just said 'April, May, and June,' but I didn't, so just let it go Ryan. Let it go... 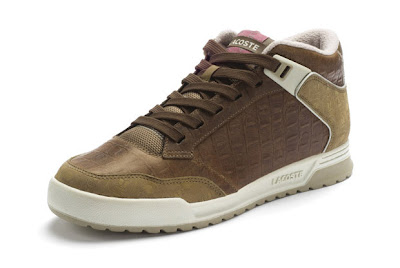 via hypebeast
Posted by Unknown at 12:22 PM No comments:

Look if you can't get yourself behind humanity as it fights a futile war against an overpowering robotic army, I don't see much hope for you.

P.S. Sorry about formatting, I will fix it tomorrow.

P.P.S. Whatever. You can see the whole thing. Maybe I'll do it later.

Posted by Unknown at 2:19 PM No comments: