Note from the Staff 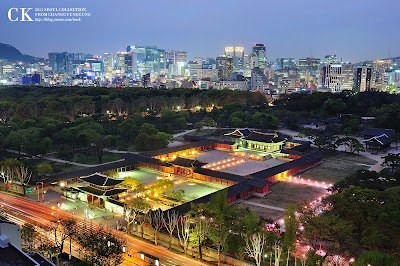 It has been brought to my attention that the blog has suffered a bit of blight over the previous year or so, perhaps longer. I feel that I should probably address this point, so I will give you a brief summary of Where Things Stand.

At the end of February last, I moved to Seoul, South Korea from my ancestral home just west of Minneapolis. For the past 14 months I have been teaching English to small Korean children in Mokdong, which is on the far western edge of the city. It has been an interesting time for me, and I must say that I have unlearned many things during this jaunt that are best left unlearned. What are those things, exactly? Well, you'll have to buy the book. Or possibly get me drunk, at which time you may have difficulty getting me to stop talking about the aforementioned unlearned things.

Anyway, needless to say, this far-eastern rampage has absorbed a fair amount of the time I would normally spend flinging words into the ether from my keyboard, but there's something else going on here: I really don't want to write about myself, in the sense that I don't really feel comfortable talking about my life, which means it's difficult to recount the experience properly in this particular medium.

With that being said, I am working on getting over this odd bit of writers' block, and I've prepared the following summary regarding my last 14 months: I would just like to say that, overall, I feel I've had a good run in a wonderful city that is full of amazing things to see and do. At the risk of selling Seoul short here, my Hitchhiker's Guide entry will read thus: A fine place to live, but I wouldn't want to visit. 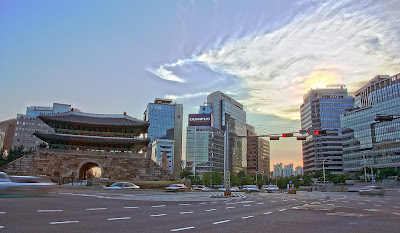 Seoul is a big place. A really big place. It is difficult to grasp, and can probably be best illustrated by the fact that I have been searching for a properly representative skyline shot of the city for the last two hours without any success, because the place is just that big. According to my suspect and rudimentary wikipedia research, Seoul, with 12 million people in the city proper, is the third-densest city based on population in the world. Only the slum-heavy burgs of Mumbai and Delhi have populations over 10 million and are stacked higher than Seoul.

Unfortunately, the homogeneity of the neighborhoods--architecture, cuisine, and green spaces are the most noticeably bland aspects (bland in terms of options, Korean food is quite the opposite)--makes the vastness unbearable at the worst of times. At the best of times, I have stumbled off of green hills into winding backstreets overlooking the beautifully dystopian mire of Seoul's older neighborhoods, found myself in a nightclub that looks like it was designed by the same architectural firm as the Mos Eisley cantina (with hard house replacing the Cantina Band), and seen amazing skyline views from many of Seoul's wonderful peaks. 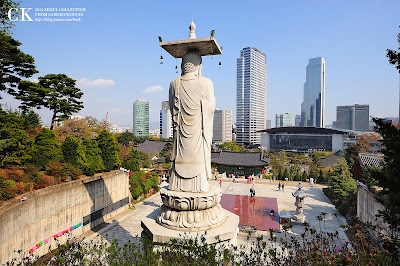 While Seoul may seem destined to become a "world city," the unfortunate truth is that many Koreans are extremely xenophobic. Being a "world city" is alright with them, so long as the foreigners aren't living in their neighborhood or polluting the gene pool. To spin it fair, however, decades of American military pseudo-occupation preceded by decades of Japanese occupation have left a bad taste in the mouth of many Koreans, and until the 8th Army packs up and heads home, it seems likely that this attitude will perpetuate itself; they don't call this chunk of rock the Hermit Kingdom without reason.

So here's the rub: if you want to live in Asia and experience a foreign city as your home address, you could do no better than Seoul. Amazing public transport, a great standard of living, and no bar close are just a few of the attractions. If you want to spend two weeks travelling in Asia, head somewhere else. There are far more interesting places to get lost in short-term. I don't really know how to adequately explain this, but to love Seoul really does require immersion. You have to live it to know it, and know it to appreciate it. That is the lamest thing I have written since my last attempt to write poetry in the tenth grade, but it doesn't make it any less true. 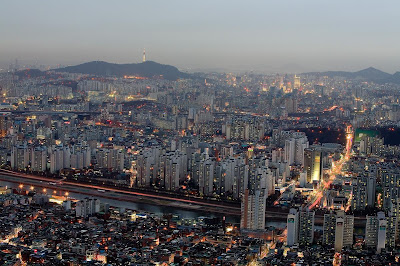 It would probably be a lie to say that this experience has changed me in any meaningful way; my overall purpose in life remains the same: to see as much of the world as I can before it disappears and/or I die. I've never really been one to believe in epiphanies or life-changing events or any of that nonsense (mostly due to a lack of personal experience), but I've also been accused (correctly) of being a die-hard cynic and generally mal-tempered naysayer, so bear that in mind when reading my tepid take on life, the universe, and everything. For what it's worth, I feel at home here, and that's as much as I need to know about a place to make it important to me.

So what's next? I'm a bit clueless. I'll finish up here in a couple weeks, then take a much deserved holiday in Indonesia. I'll try to get a couple posts up before I vanish, but sometimes things just don't work out. When I get back though, look forward to a Bali recap and more fashion, architecture, sports, and culture from the far reaches of the internet.

images via skyscrapercity
Posted by Unknown at 2:37 AM 1 comment: