Professional sport is, at its very core, an extremely competitive and spontaneous act of theater: it is entertainment. One of the most entertaining spectacles in all of sports comes from my genre of choice, football (soccer). One particularly fine example originates on the Spanish portion of the Iberian peninsula: El Clásico between FC Barcelona and Real Madrid. 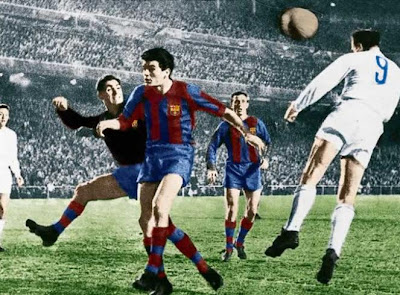 The intensity of the rivalry between these clubs goes beyond competition in the Spanish league, where Madrid have won thirty-one league titles, eighteen Copas del Rey, and nine Supercopas versus Barcelona's twenty-one titles, twenty-five Copas, and ten Supercopas. It also represents far more than a battle between two of the greatest sides in European football, with Madrid having raised the European Cup nine times to Barcelona's four. This confrontation is, at its very heart, a war. A war between the ancient realms of Castile and Aragon, between España and Catalunya, between the Capital and the Province. 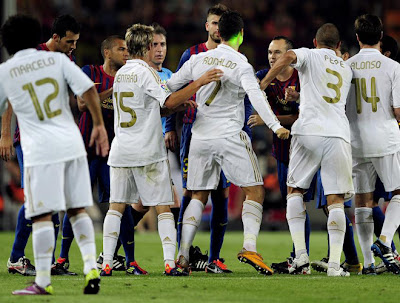 So the plot is set, but even the finest drama can be butchered by poor execution (Mel Gibson's Hamlet, por ejemplo). Fortunately for the audience these two sides provide not only the choicest venues in the Santiago Bernabeu and Nou Camp, but the cast...oh my, the cast. Between the two teams, they boast the Starting XI of the World Cup-winning Spanish national side (minus that boy with the highlights who is lurking in West London), former FIFA World Player of the Year and Balon d'Or winners Lionel Messi, Cristiano Ronaldo, and Kaká, and a supporting cast who would step into any other team anywhere else on the planet on their worst day. Here we have twenty-two men who are worthy to play out the tale. 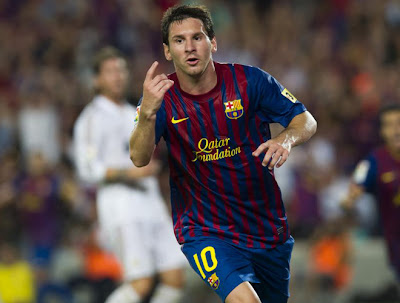 The final details: Barcelona meet Madrid in the Supercopa for the first time since 1997. Typically a tepid affair (the Supercopa is usually no more than a pre-season friendly), these heavyweights made it clear from the first that this two-legged tie was going to be a statement of intent: for Madrid, it was to be a signal that Barca's dominance of La Liga (three consecutive titles) was at an end; for Barcelona, it was an opportunity to show that the finest football team ever assembled was not about to wrap up its march into history.

I present to you a drama in two parts: La guerra de la Supercopa de España...


In the end, Barcelona overcame a spirited Madrid side to take a 5:4 aggregate win and claim the silverware over their bitter rivals, but not before a bench-clearing brawl which saw a certain Portuguese manager give a player on the opposing team what appeared to be... a Wet Willy? Weirdos.

images via marca.com and as.com
Posted by Unknown at 7:49 PM No comments: